The rotameter is an industrial flowmeter used to measure the flowrate of liquidsand gases. The rotameter consists of a tube and float. The float response toflowrate changes is linear, and a 10-to-1 flow range or turndown is standard. In the case of Flowtel Engineering, far greater flexibility is possible through the use of correlation equations. The rotameter is popular because it has a linear scale, arelatively long measurement range, and low pressure drop. It is simple to installand maintain.

The rotameterâs operation is based on the variable area principle: fluid flow raises a float in a tapered tube, increasing the area for passage of the fluid. The greater the flow, the higher the float is raised. The height of the float is directly proportional to the flowrate. With liquids, the float is raised by a combination of the buoyancy of the liquid and the velocity head of the fluid.With gases, buoyancy is negligible, and the float responds to the velocity head alone. The float moves up or down in the tube inproportion to the fluid flowrate and the annular area between the float and the tube wall. The float reaches a stable position in the tube when the upward force exerted by the flowing fluid equals the downward gravitational force exerted by the weight of the float. A change in flowrate upsets this balance of forces. The float then moves up or down, changing the annular area until it again reaches a position where the forces are in equilibrium. To satisfy the force equation, the rotameter float assumes a distinct position for every constant flowrate. However, it is important

to note that because the float position is gravity dependent, rotameters must be vertically oriented and mounted.

These meters with all steel and plastic fittings to eliminate corrosioncompletely. The meters are useful for measuring flow of air, commongases, water and many organic chemicals, excluding petroleumproducts. Applications include purging of gas lines, anaesthesia,laboratory instruments, leak detection, cable pressurization, industrialfurnaces and chromatography etc.

Â· What is the maximum process pressure? 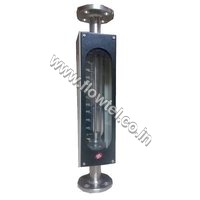 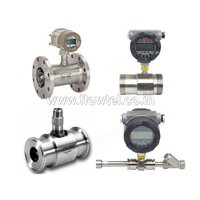 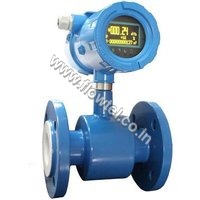 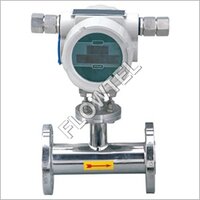 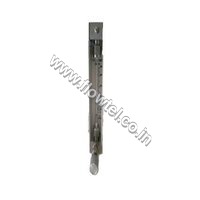 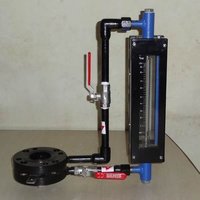